From the Birthplace of British Blues

From the Home of British Rock 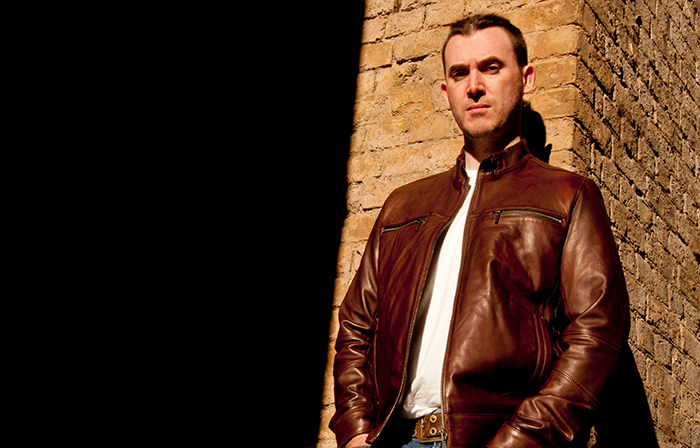 John O’Shea – Biography
From the heartland of The Rolling Stones, The Who, Queen, Fleetwood Mac, Marshall Amps and The Ealing Club comes John O’Shea.

John O’Shea hails from Ealing, the true birthplace of British rock music. People tend to forget that The Rolling Stones played the Ealing Club over 20 times and that The Who, Queen, Fleetwood Mac, and Bowie were heavily influenced by the music coming out of there at the time. All this whilst the king of rock amps, Marshall, were being manufactured a stone throw down the road.

Influenced by Rock giants Guns N’Roses, Nirvana and Oasis, John’s own brand of Rock n Roll packs a similar punch. In the same vein as his predecessors, John writes for the working class and middle-England,
but with the worldwide appeal. In a socials-over-vocals age, John’s music harks back to a time when song-writing won the race. The current over-saturation of commercial Pop has left all that behind. John’s got all it takes to bring guitar-based social commentary back into the public domain, not just for the UK but far beyond.

Offer Subject To Status – Album
These combined passions for what John O’Shea does and who he does it for is brought to life in his new album ‘Offer Subject To Status’. Having gigged extensively both as a solo acoustic artist and with his band, John took all his experience and brought it crashing into the studio to create an all out Rock and Roll record… a guitar driven, melody laden, 14 track romper stomper. The record draws on John O’Shea’s influences, ranging from The Beatles, Sex Pistols, Led Zeppelin to Oasis, and also gives fans a glimpse of what’s in store for the future.
John O’Shea quote:
“It’s not about showing people how great Rock N Roll once was, it’s about showing people how great Rock N Roll will be once again.”
Offer Subject To Status – Credits
All songs written, arranged and produced by John O’Shea
Recorded, engineered and mixed by Darren Jones at Miloco Studios
Mastered by Frank Arkwright at Abbey Road Studios
Album Artwork by Brian Cannon from Microdot Studios
Photography by Paula John-jules.